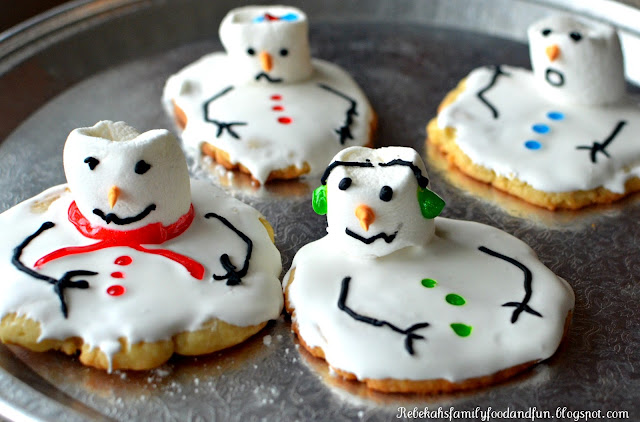 Marissa and Annika were both the designated "snack bringers" for their Wednesday night church classes this week.
I had spotted these cookies recently and couldn't wait for a chance to make them.....they're just so CUTE!

The girls were very willing helpers in decorating these snow guys and gals - and their friends at church were super thrilled with them as well.
If we're not going to get real snow this year, we might as well eat some melting snowmen cookies, right?

Annika has been asking me if we can make these cookies every time they have to take snack, she loved them so much. 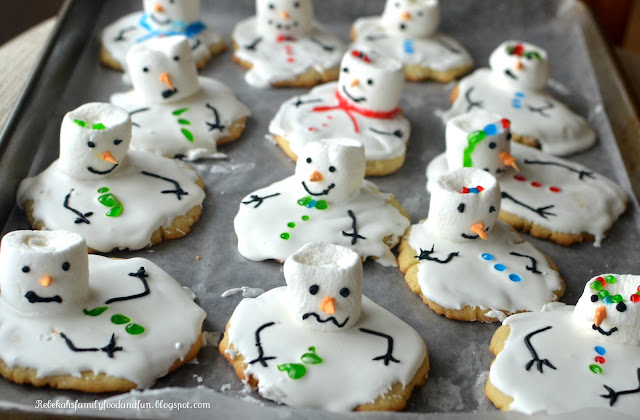 Some of the snowmen weren't so happy with their fate - and some just took it all in stride with a big smile on their faces.  Some had bows - the one at the bottom right corner ended up with three of them, thanks to Marissa!  One had a headband that ended up looking like green hair. 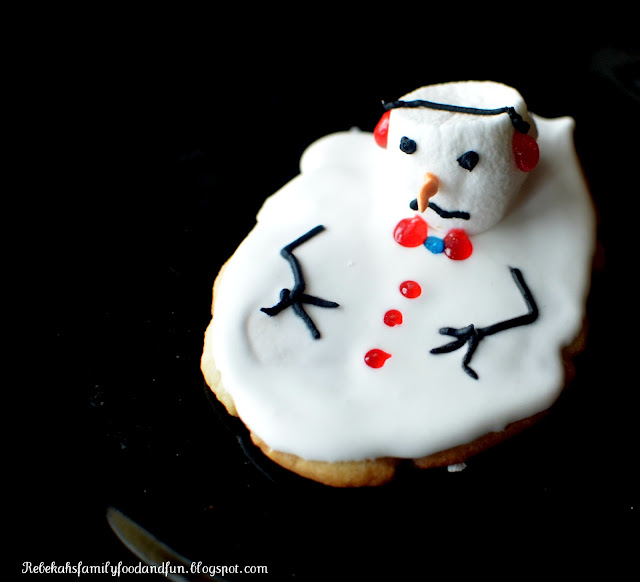 This disgruntled snowman sported earmuffs with his nicely coordinated bow tie.
Notes:
Recipe: (adapted from Truly Custom Cakery - she has a great tutorial on how to make these!)


Make your sugar cookies first.  Whatever recipe or mix you use, when the dough is chilled and ready to bake, shape into balls and press flat, about 1/4" thick.  They should not be identical or symmetrical - it's melted puddles of snow you're forming!


Bake and cool the cookies completely.  Then make the Royal Icing.

IF using a counter top mixer, beat all ingredients at low speed for 7 to 10 minutes until icing forms peaks. If you are using a hand held mixer, it will take more like 10-12 minutes.

AFTER you get stiff peaks, transfer a few Tablespoons of icing to a bowl and tint orange.  I used a tad of red and yellow. Scoop into a sandwich bag and seal it shut.  Snip off one tiny corner for piping. Because it was so thick, it stood out straight when I piped the noses and really looked like little carrots.  Fun!

Do the same procedure for any other colors you want to tint.

Thin the remaining white icing by adding water while stirring, a teaspoon at a time.

To test for the right consistency: Using a knife, scoop a little of your runny icing and hold above the bowl. As it drips, count to 10. By the count of 10, the icing that dripped down should meld into the icing in the bowl so there is no indication of where your drips landed.

Put your icing in a container covered with a wet paper towel and a lid when you're not using it. If you don't, the icing will dry out quickly.


When frosting a cookie, don't be afraid to let it puddle around the base of the cookie a little.  Once it dries, it will stay there and look even more like melting snow!  Take a marshmallow and squish it a little.  Pipe on the facial features and place on the cookie.  Pipe on arms, buttons, and other additional details as desired. 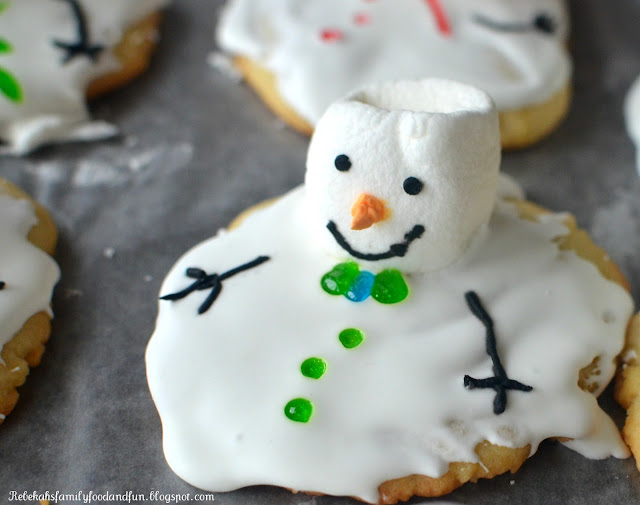 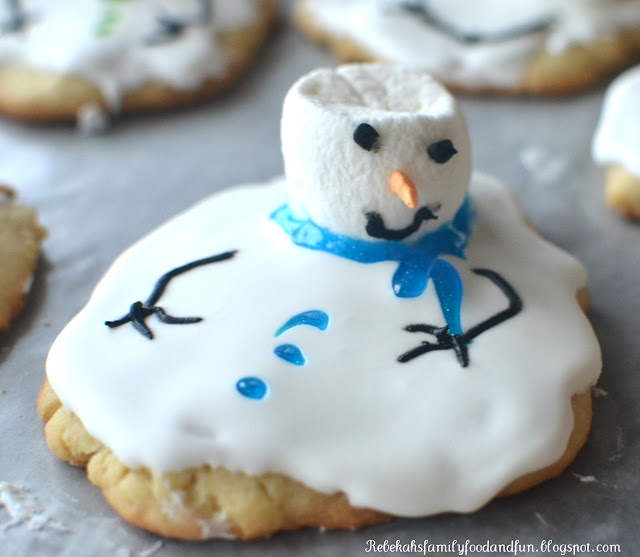 Scarves were very nice too.  Note: all of my colored icing except the noses was sparkly decorating gels, not tinted royal icing.
Linked to Trick or Treat Tuesday
Posted by Rebekah at 4:18 PM