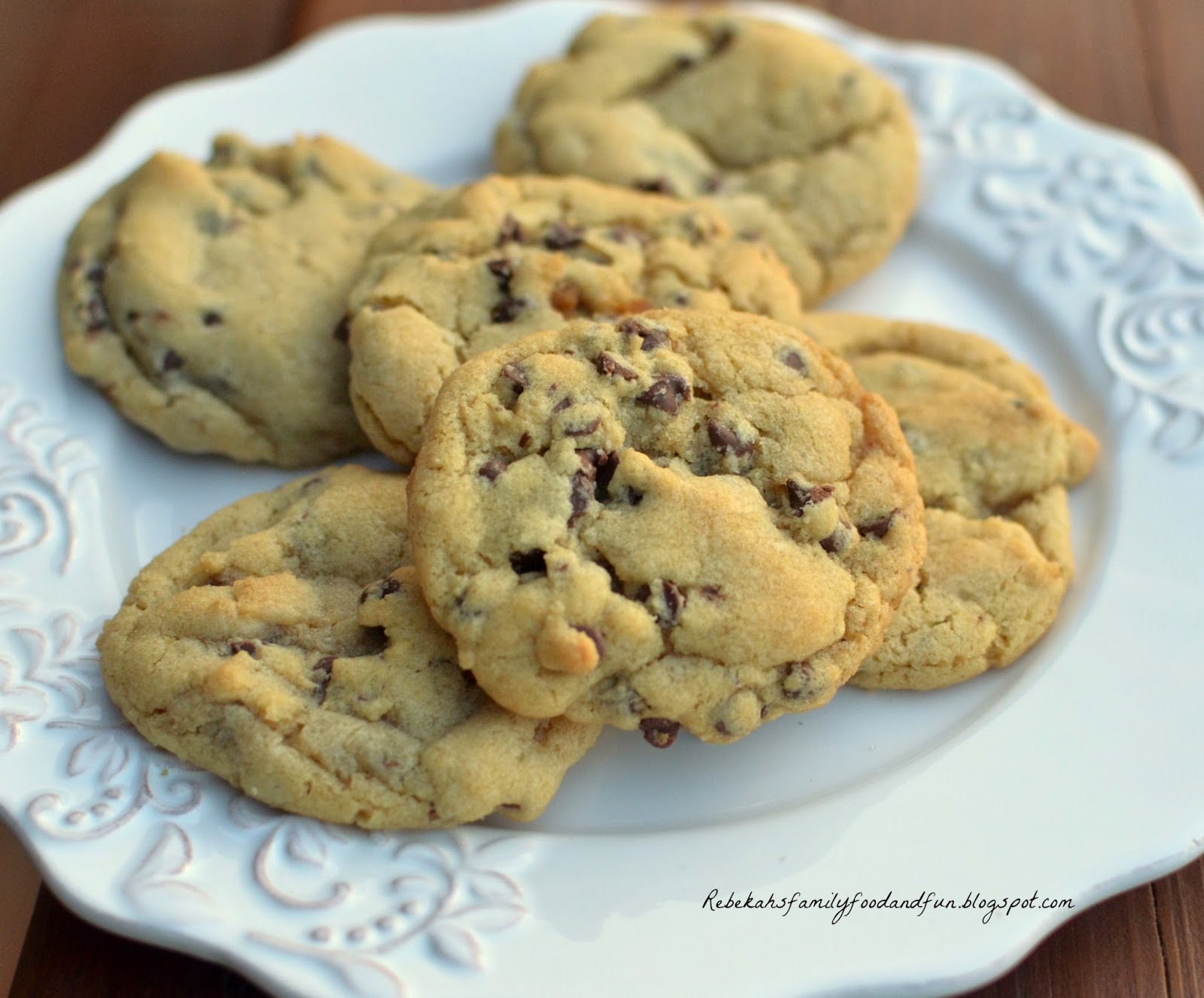 Happy Day after Thanksgiving!!  Hope y'all had a lovely holiday filled with lots of laughter and delicious food!
In case you need an extra dessert to whip up for lingering family or friends.....or you want to get a head start on that Christmas baking....here's a cookie you don't want to miss.

Everyone seems to have their own favorite recipe.  There must be hundreds of variations on this "simple and ordinary" cookie.  It can be overwhelming to pick which one to try - everyone likes to claim that their version is "The Best".

Well, I guess y'all know that I completely avoid the "Best" label even when I might think it - because it's so subjective and very personal.

That being said, this version of chocolate chips cookies has rocked my world.

And what is so special about it?

It's the basic Tollhouse recipe....EXCEPT with one less stick of butter and one less egg.

You can eliminate butter and an egg and still end up with an awesome, chewy, delicious cookie?

When I heard the claim, I couldn't resist testing it out.

I made a double batch and took them to share with our church small group. Everyone wanted the recipe. One friend (who is an incredible baker and cook) texted me later that night and said that after I had left, her 8 year old son had asked her, "Mom, when are you going to learn to bake cookies like Ms. Rebekah?" LOL.

One thing to note - you MUST measure the flour appropriately, or they may end up too dry and crumbly. Here's how you do it.  Hopefully your flour is in a bin so this will be easier.

Another HUGE bonus - you're saving money (and calories) by eliminating that butter and egg.

In the bowl of an electric mixer, cream together butter, brown sugar, and sugar until smooth. Add egg and vanilla and mix well.

Add the flour, baking soda, and salt. Stir until combined. Add in chocolate chips and stir until incorporated.

Bake for 9-11 minutes, or until lightly golden and crackled on top. Cool on cookie sheets for a couple of minutes, then remove to a wire rack to cool. 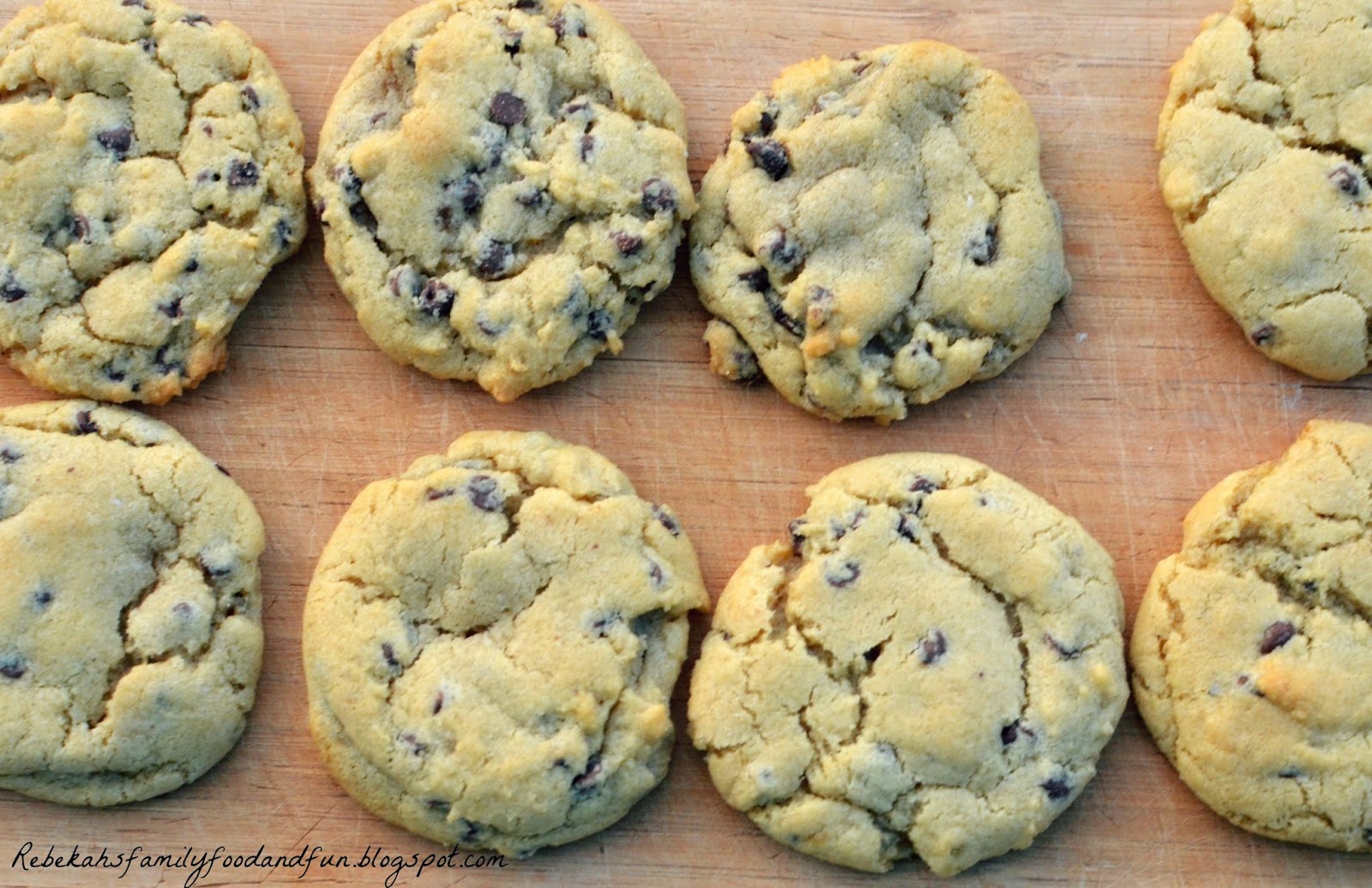 Posted by Rebekah at 9:06 AM No comments: 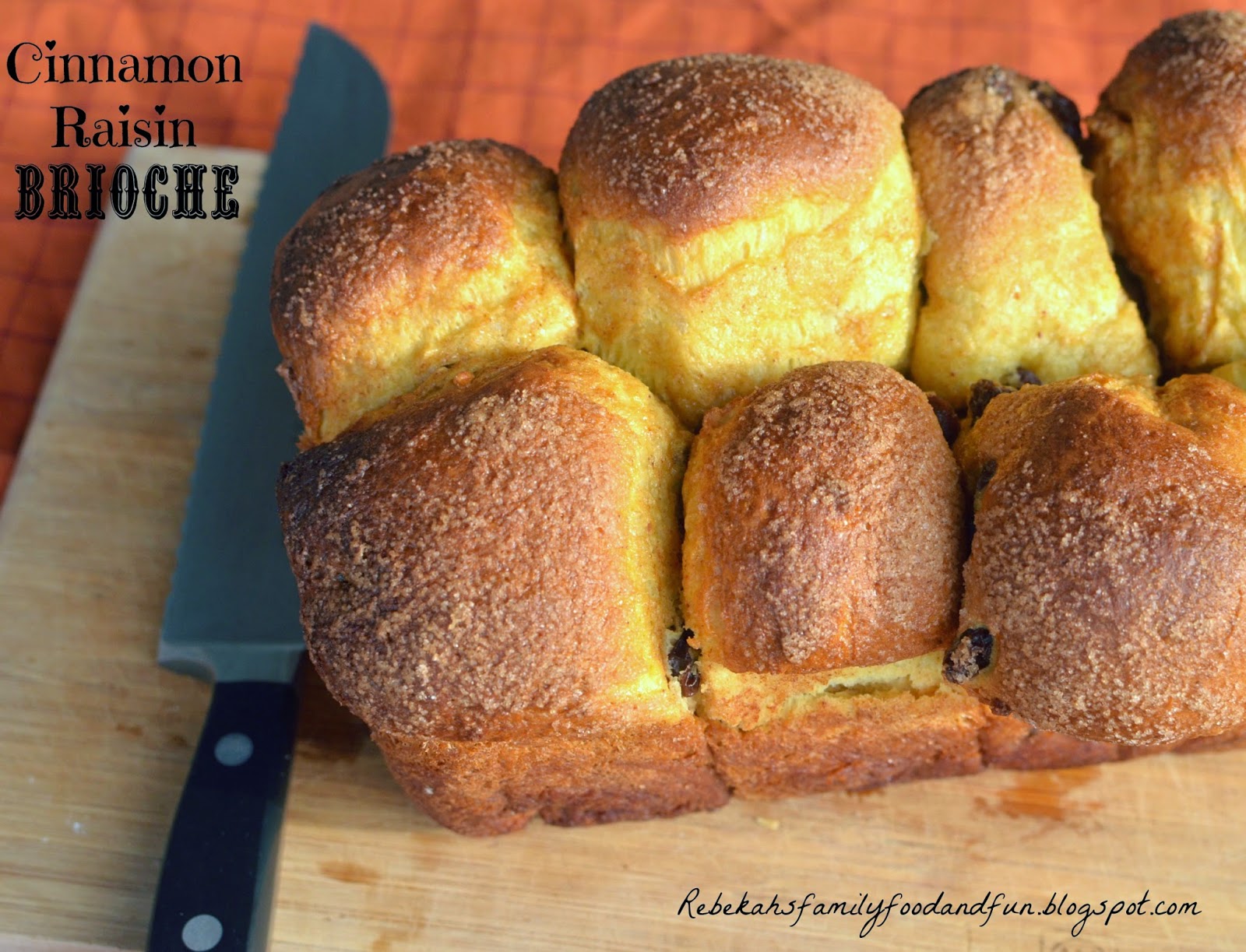 It's no secret that I love bread - I even have a Nutrimill wheat grinder to grind organic wheat berries for the freshest bread possible. I've made homemade cinnamon rolls, pizza crust, dinner rolls, crescent rolls, sandwich bread, French bread, and of course, biscuits and a wide variety of quick breads.

But I had never made brioche.

In case you're wondering, brioche is a kind of French "pastry" bread that has a high butter and egg content and a dark, golden crust.

So when I saw a recipe for Cinnamon Raisin Brioche on my Secret Recipe Club assignment for the month, I couldn't resist.

Julie is a fellow carboholic who blogs over at White Lights on Wednesday.  She has a really great assortment of DIY home projects, decorating tips, blogging advice, and of course, lots of recipes!

I was tempted to try the Crockpot Rocky Road Chocolate Cake (still haven't used my crockpots for desserts - what am I waiting for?), I love the sound of this Caramelized Onion and Cornbread Dressing, and I have a feeling this Peanut Butter Crack is gonna make it to my Christmas baking list. But I just had to try the brioche.

Now, this bread isn't something you can rush. It requires several hours of prep time, most of which is the rising periods, of course. Some traditional brioche recipes even require refrigerating the dough for a day or two to further develop the flavors. Yeah, I didn't plan ahead enough for that.
But it's really not too involved, so it's perfect for a day that you don't have to be anywhere.

Okay, another confession. The recipe called for 3/4 cup of butter per loaf- that's a stick and a half for anyone who's counting. I stood there and looked at all that butter and just.couldn't.do.it.

Butter is expensive. And that would be a ton of calories.

So I made the only reasonable decision I could at the time and only used 1 stick of butter total. Yes, I cut the amount of butter called for by two-thirds.

And you know what? The bread was still delicious. Maybe not as "pastry-like" as it could have been, but I wasn't trying to make dessert anyways. The kids and I gobbled up half on one loaf within 10 minutes of removing it from the oven. Nobody complained that there wasn't enough butter in there. :) A couple of my kids didn't like the raisins in there, but whatever. I loved them.

I made cinnamon toast the next morning with the leftover bread by slicing it, spreading on a little butter, sprinkling with cinnamon sugar, and baking at 350°F until golden brown. Simply scrumptious!

Starter:
In a medium bowl, stir together the sugar and yeast. Pour in warm milk and stir to combine. Let the mixture set for 5 minutes until it's foamy. Stir in the flour until a soft dough forms. Cover the bowl with plastic wrap and set aside, at room temperature, for 1 hour. 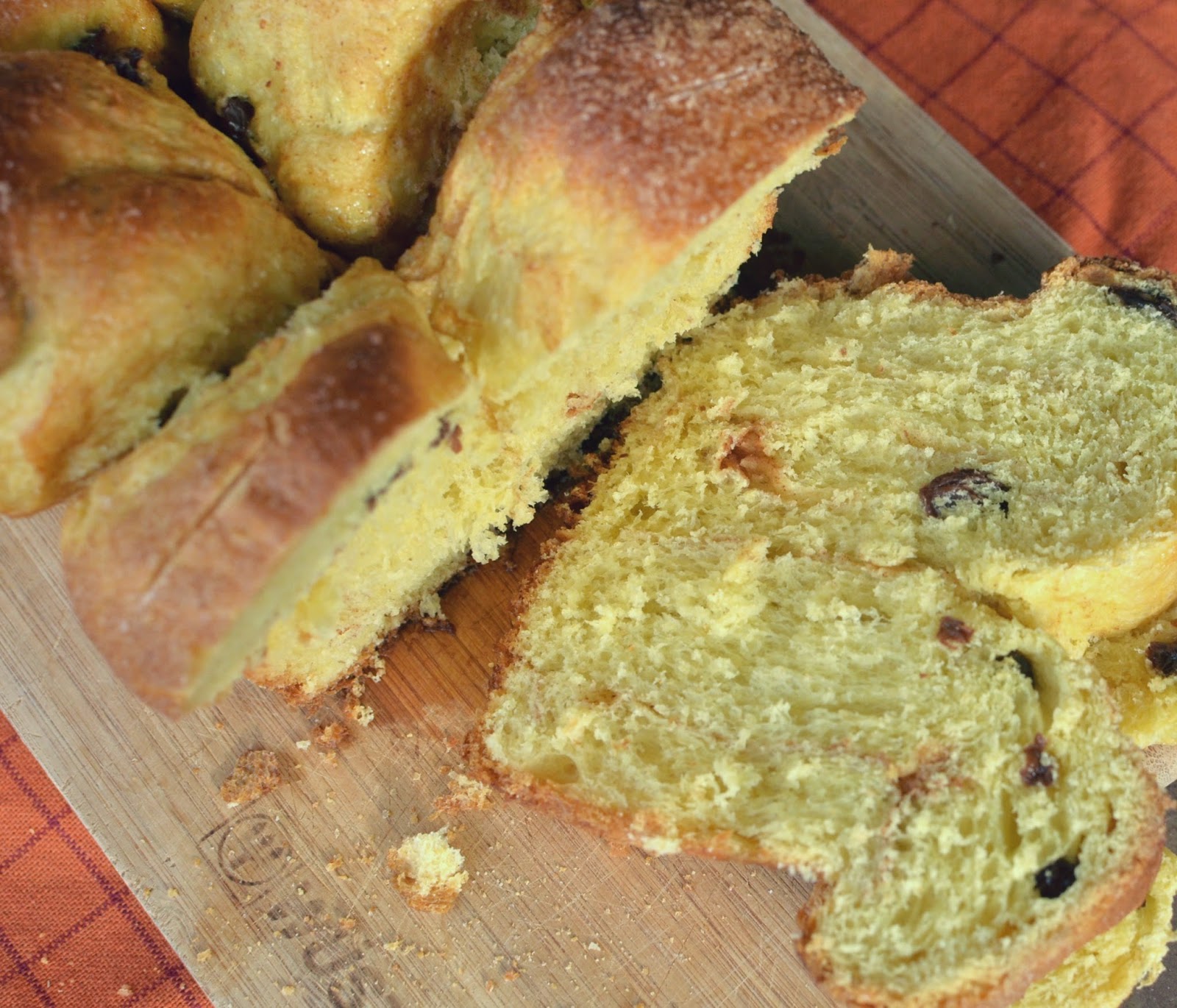