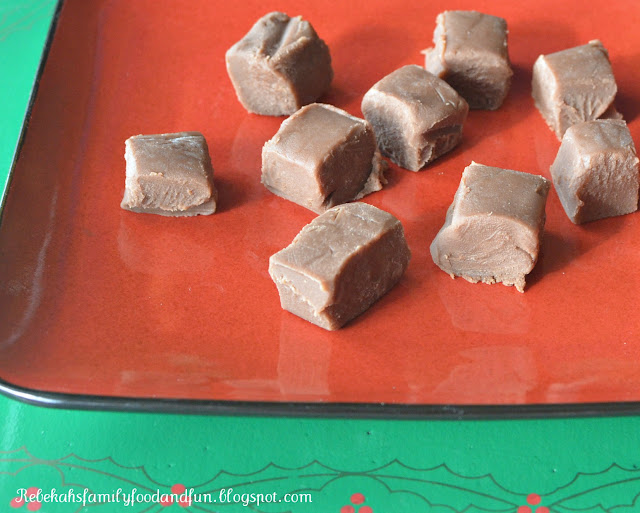 Yes, it's one more Christmas recipe that I never got around to posting.  But hey, we haven't gotten to February yet, so I'm doing good.
Last week was a doozy for my family - we had a vicious round of a stomach virus, of which I'll spare you most of the gory details, but here are a few take-aways from the week.
* I never knew that a 4-year old could vomit 18 times in a nine hour period. (granted,
half of those were dry heaves, but we all know how painful that can be)
* I never knew I could be so completely dehydrated and still be able to nurse my 3-1/2 month old.
Thanks to God for making that happen.  She never once went hungry.
* Our boy (8) only had a mild stomach ache for a day and the baby didn't get sick at all.
The rest of us had varying degrees of miserableness.
* We lived to tell about it.  Amen.
On to the Fudge.
I'm a fudge-kind-of girl - I like all kinds of flavors, with and without nuts, pretty much if
it's fudge, I like it.
Back in 2006, I got this recipe from a friend after she made it for a Christmas party and I fell in love with it.
It's super smooth, soft, creamy, melt-in-your mouth, minty chocolate goodness.
And it's very easy to make.
Doesn't photograph very well, but that's probably just me.
I had a real hard time keeping out of the container of this one.  Definitely part of the reason I
didn't lose any baby weight over the holidays.
Recipe: (from a friend)
Yield: approximately 4 lbs
1-1/2 cups sugar
1/2 cup butter
1 (5 fluid oz) can evaporated milk (about 2/3 cup)
1 (7 oz) jar marshmallow creme
1 package (10 oz) Andes Baking Chips
1/2 tsp. vanilla extract
Lightly grease a foil lined 9x9x2" pan; set aside.
Heat sugar, butter, milk, and marshmallow creme in heavy 3-quart saucepan over medium heat until mixture boils, stirring constantly.  Boil and stir for 5 minutes. Remove from heat.
Add Andes baking chips and vanilla extract, stirring until chips are melted.﻿
Immediately spread into prepared pan.  Refrigerate overnight.  Cut into 1 inch squares.  Store in airtight container in refrigerator.  For creamier fudge, let stand at room temperature 1 hour before serving.
Posted by Rebekah at 2:41 PM 4 comments: 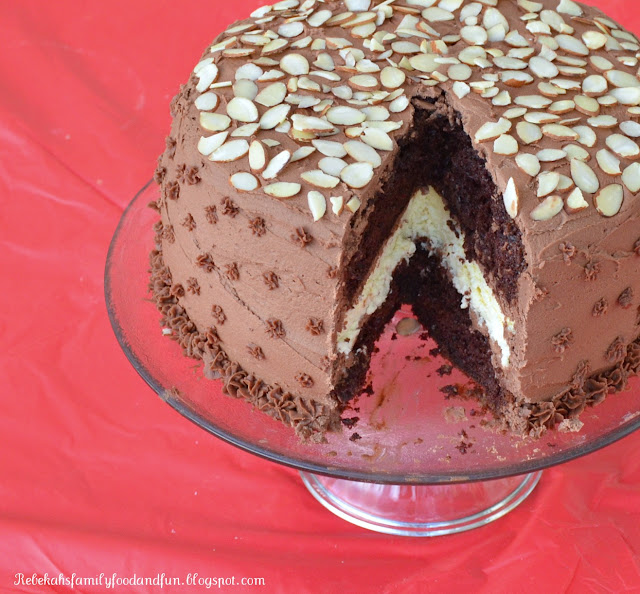 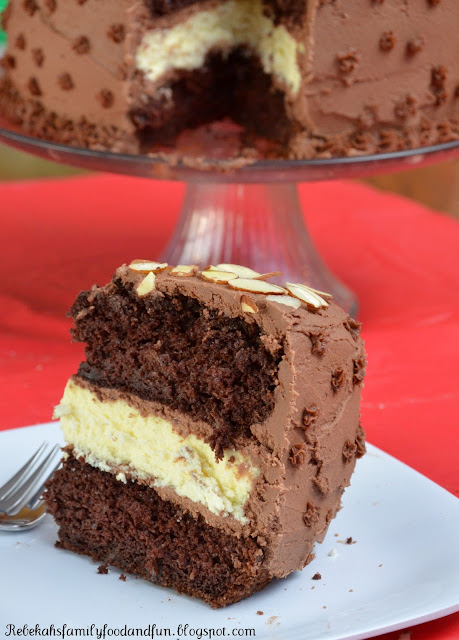 A dear friend of mine had a birthday this month, and I wanted to make her a cake.
Not just an ordinary cake, but something special.
A knock-your-socks off kind of cake.
With the knowledge that she loves chocolate, almonds, and cheesecake, this sounded like a winner.
And it was.
I wanted to make the cake part from scratch but time was running short and a jazzed-up
mix was the best I could do.....but it was really delicious.
Takes a few steps, but they're totally worth it.
I've never put frosting on a cheesecake before, but after tasting the combination here, I fell in love with the idea.
And I can see myself taking this concept and making other flavors as well.
Recipe: (adapted from Food Network)﻿
Chocolate Cake:
1 Devils food cake mix
1 cup water
1/3 cup oil
4 large eggs
1 cup sour cream
1 tsp. almond extract
Cheesecake Layer:
2 (8 oz) packages cream cheese, softened
1/2 cup sugar
3 large eggs
1/2 cup sour cream
1 tsp. almond extract
Chocolate Frosting
1 cup (2 sticks) butter, softened
12 oz semi-sweet chocolate chips, melted and cooled
6 cups powdered sugar
6 Tbsp. cream or milk
1 tsp. almond extract
1 tsp. vanilla extract
Sliced almonds, for garnish
Preheat oven to 350 degrees F. Line 2 (9-inch) round cake pans with wax paper circles and butter them well.


In large bowl, combine cake mix, water, oil and eggs. Beat at medium speed with an electric mixer until smooth. Add sour cream and extracts and mix to combine. Divide batter evenly between the 2 prepared pans. Bake 20 minutes, or until a wooden pick inserted in center comes out clean. Let cool in pans 10 minutes. Turn out onto wire racks and let cool completely.
After removing the cake from oven, reduce temperature to 300°F.

While cake is baking, prepare the cheesecake batter.

Line a 9-inch round baking pan with aluminum foil, letting edges of foil extend over sides of pan. Lightly grease the foil.

In large bowl, beat cream cheese at medium speed with an electric mixer until creamy. Add sugar, beating until smooth. Add eggs, 1 at a time, beating well after each addition. Stir in sour cream and extract. Pour batter into prepared pan.
Bake 45 minutes (at 300°) then turn the oven off and leave the cheesecake in oven with door closed for another hour. Let the cheesecake cool completely in its pan on a wire rack then cover and chill for 4 hours. Using edges of foil as handles, remove cheesecake from pan and peel away foil.

In a large bowl, beat butter at medium speed with an electric mixer until creamy. Add chocolate, beating until combined. Beat in almond extract, vanilla extract and powdered sugar, adding a Tablespoon of cream after every cup of sugar.  Beat until light and fluffy. 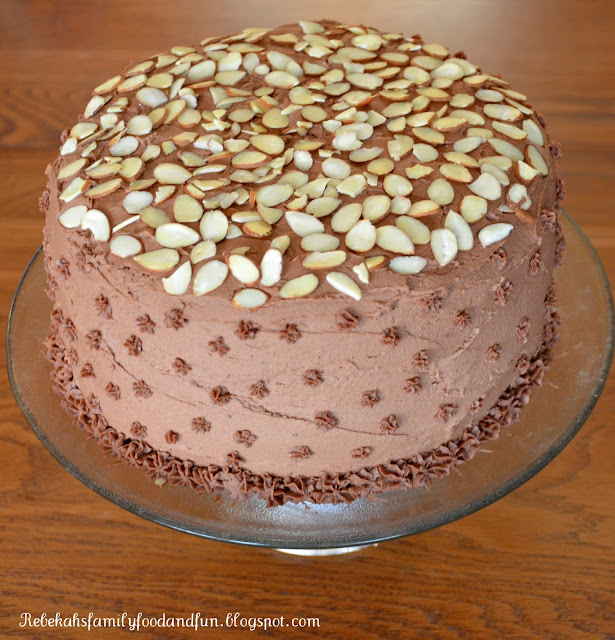 And if you haven't yet, please vote in the poll in my sidebar!  I'd love to get your response!

Linked to Trick or Treat Tuesdays
Posted by Rebekah at 2:44 PM 11 comments:

Cooking? Cleaning? Neither or both?

In December, a friend from church asked me if I would bake a birthday cake for her daughter's 4th birthday.  As we were discussing the details, she said that she just didn't ever bake at all.
I offered to teach her some of the basics, saying that it really wasn't that difficult.
She responded, "Yes, but you have to want to do it.  I don't have any desire to bake.  I'd much rather clean."
I replied, "Oh, I'd rather bake than clean any day - I love baking and really don't like cleaning much at all."
She said, "I think people either like one or the other. Not usually both."
So that set me thinking.
I've created a poll on my sidebar at the very top......
I'd love to hear how you all feel about cooking/baking and cleaning.
Do you prefer one over the other?
Both?
Neither?

Update:  In the poll, I should have added "baking" in with the cooking - I know that baking and cooking are different (I greatly prefer baking) - but what I really meant to be asking was whether you prefer preparing food in any way to cleaning or vice versa.  Does that make sense?  Hope so!
And just so you know........
here's what the cake looked like - I only had a couple of minutes to snap a photo and it's not the best, but at least I got one. 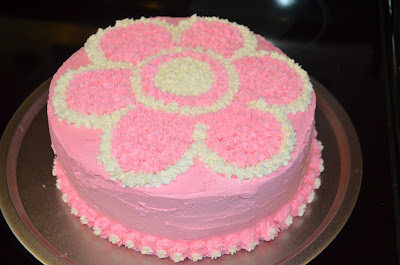 I also made some of these cupcakes.....for the preschool class. I'm told they were a big hit. 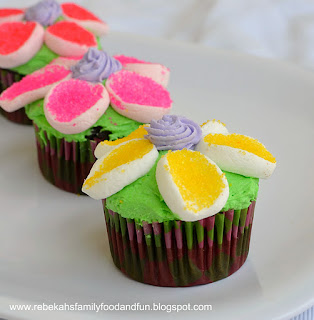 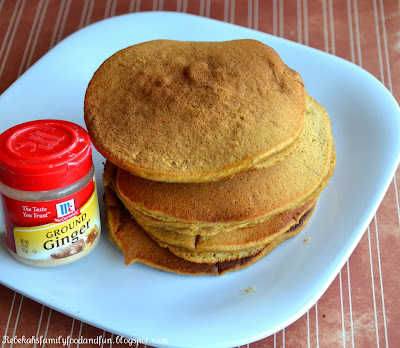 We had a lovely holiday season, not without its challenges, but lovely just the same.
Grant's parents were here for three weeks, and my younger sister Anna got to visit for eleven days, overlapping with the grandparents for most of that.
I think we all managed to get some level of sickness during that time, mainly head and chest colds but also with Ellia (2) getting pink eye and a bacterial eye infection that required antibiotics.
I struggled with knee problems, ending up at an orthopedist, getting X-rays and even an MRI (if you've never experienced one of those, I can tell you that you feel like a torpedo being loaded and even with ear plugs, those machines are incredibly loud.)
Fortunately, I do not have a meniscus tear as expected, but apparently have a condition called Patellar Tracking Disorder.  My treatment is just strengthening and increasing flexibility, supervised by a physical therapist.
After all of the festivities were over and our guests had all gone, the decorations put away and life beginning to resume normalcy, I picked up my Taste of Home Dec./Jan 2012 issue to browse through again and my attention was drawn to this recipe.
It sounded so good!
And who says gingerbread is only for Christmas, anyways?
We have pancakes or waffles almost every Saturday morning, and they're always the same kind.  Basic whole wheat.  Delicious, but ordinary.
The original recipe called for serving them with "Banana Cream" - which is homemade whipping cream with chopped bananas folded in.  Frankly, that didn't sound too appealing to me.....oh, whipped cream is great, but I think bananas would just spoil it.  Well, we didn't need those extra calories anyways, so I just served the pancakes with a light drizzle of syrup.  They're actually very tasty plain, since they have plenty of sugar in them.
My family absolutely went nuts over these.  Nuts, I tell you.  Except for Ellia, who wasn't crazy about the Gingerbread Men I made in December either.  Guess she's not a gingerbread sort of gal.
Corban (8) says these are the best pancakes ever and I should never make regular pancakes again.
Grant says they're just fabulous.
I agree - if a pancake is so tasty you don't mind grabbing a leftover one out of the fridge and eating it cold and plain, that's a pretty darn good pancake.
I did alter the recipe.....changing the amounts of butter and molasses and ginger.
Recipe: (adapted from Taste of Home)﻿
Yield: approximately 42 pancakes
1/2 cup butter, softened
1-1/2 cups packed brown sugar (I used light brown sugar)
6 eggs
1/2 cup molasses
5-1/2 cups flour (I used 3 cups whole wheat, 2-1/2 cups all purpose)
4-1/2 tsp. baking power
2 tsp. ground ginger
1 Tbsp. ground cinnamon
2-1/4 tsp. salt
3/4 tsp. ground allspice
4 cups milk
In a very large bowl, cream butter and brown sugar until light and fluffy.  Add eggs, one at a time, beating well after each addition.  Beat in molasses.  Combine flour, baking powder, ginger, cinnamon, salt, and allspice; add to the creamed mixture alternately with milk, beating well after each addition.
Pour batter by 1/4 cupfuls onto a hot griddle (I didn't grease it, although it was recommended). Turn when bubbles form on top.  Cook until the second side is golden brown. 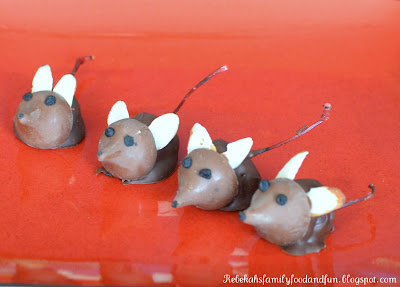 I can't even take how cute these are!

Marissa (6) saw me looking at them on a blog around Christmastime 2010 and asked if we could make them, but somehow I forgot about them and it never happened.
This year, when I saw the mice again, I knew I just had to make them with her.  I bought the ingredients and a few days before Christmas, I mentioned that we were going to make little mice.
"Oh, just like the ones we saw last year and I loved so much?" Marissa excitedly inquired.
Yes, she had remembered.

We had a lot of fun making them.....but I have to say, it's really hard to eat something so stinkin' cute!  However, we managed.

Drain cherries and dry on paper towels.
Melt chocolate chips in a microwave safe bowl and stir until smooth.
Dip cherries in the chocolate and set on a wax-paper lined baking sheet.
Immediately place an unwrapped chocolate kiss on the front and press together.  Add sliced almonds for the ears.  Pipe on eyes and noses with the decorating gel.
Let stand until firm, or refrigerate for faster results! Grandma and Annika got in on the fun. 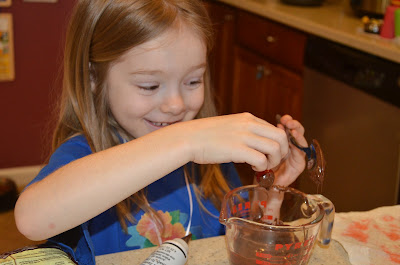 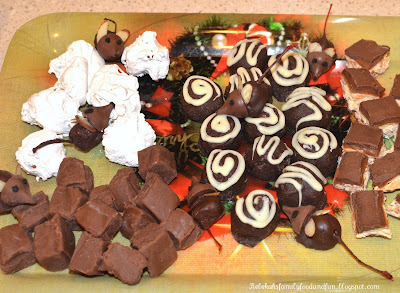 I
I thought it was fun to have the little mice all around the goodies platter, like they were nibbling away on the candy.  We also had Divinity, Hint of Berry Bon Bons, Homemade Snickers (new), and Andes Creamy Fudge (new).
Posted by Rebekah at 3:44 PM 2 comments: