Chess Cake - and our Boy turns 9 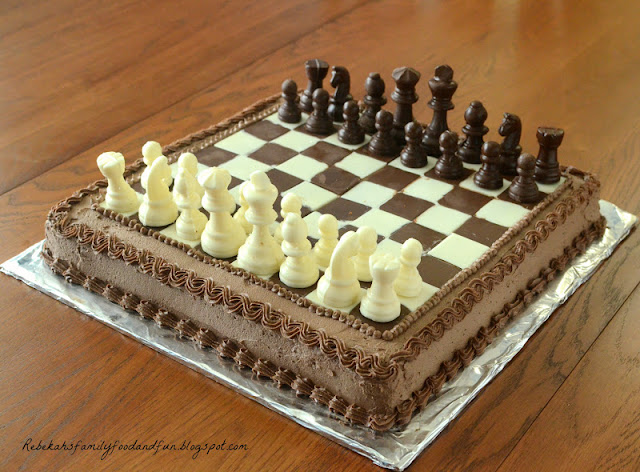 So for Corban's birthday this year, he just couldn't decide what he wanted the theme to be.  He's already done Legos.  Swimming.  A skateboard.  Although he loves soccer and basketball, he wasn't interested in either of those being the theme.  Hmmmm.

Finally, after pondering it for days, I presented the idea of a Board Game Party to him.  He loves playing games and never gets the chance to play them with a group of friends - and he was instantly sold on it.

Although he is not super knowledgeable about chess, he does enjoy it and I thought doing a chess cake would be fun.

I got inspiration from Cake Central - and ordered molds for the playing pieces and the board off of Amazon.

From there, it was really very simple.  I used chocolate candy coating - white and dark - to make the pieces. To make them 3D, I had to "glue" two halves together with more chocolate.  I had a few mishaps and had to melt and re-do a few of them, but it wasn't too bad.

The checkerboard was trickier - because keeping the white and dark chocolate from getting into each other's spaces was a lot harder than I anticipated.  The end result was FAR from perfect, but I don't think 9-12 year old boys really care.  ;)

So I made the pieces the week before and stored them in the fridge and freezer.

Then I just made Chocolate buttercream - a double batch, to which I added some sifted cocoa powder to make it darker brown.

I frosted the cake - put the mold pieces on - and then piped on some accents.  I used the Wilton #17 star tip for the shells and the swirls - and a  #4 round tip for the border around the checkerboard.

Oh, and the cake board is just foam board from the Dollar Tree - cut to a 16" square and covered with foil.  Cheap and easy!

The only downside to the party was that Corban wasn't feeling too well.  He had just come down with a head/chest cold and was just feeling tired and cruddy.  In fact, he didn't even taste his cake until 2 days later.  He just didn't have the appetite.  So sad.  But he loved his party and spending time with his friends. They started off the evening playing a little basketball. 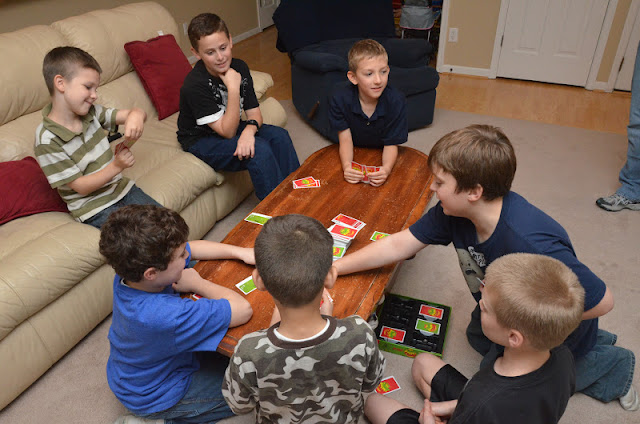 A good game of Apples to Apples Jr. - listening to them was so funny! 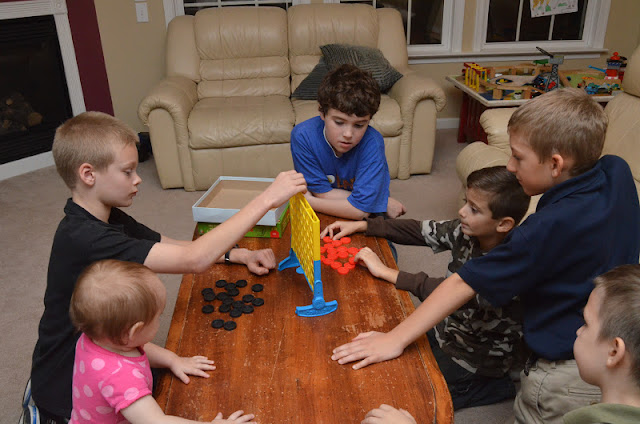 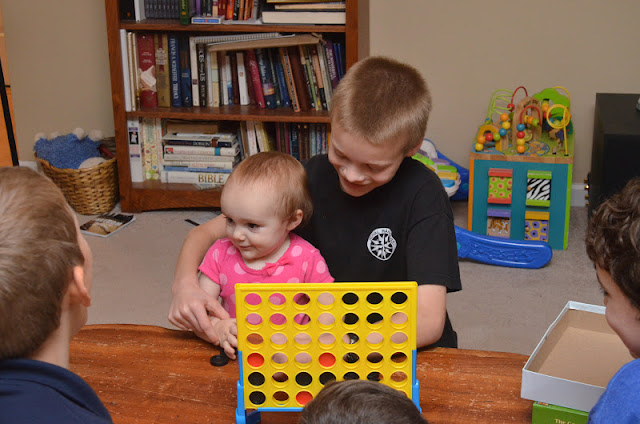 Corban had a little helper.  What a good big brother. 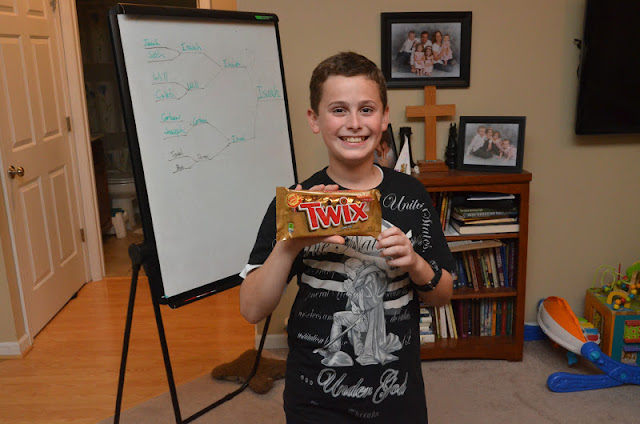 Isaiah was the winner!! 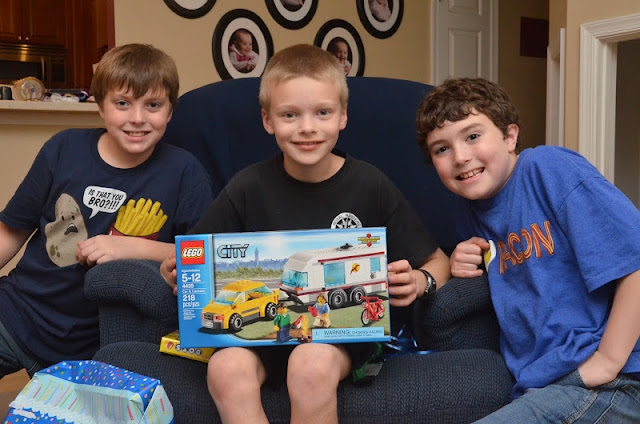 Corban with Seth and Caleb (brothers).  He had that Lego set built the next morning - despite feeling sick. 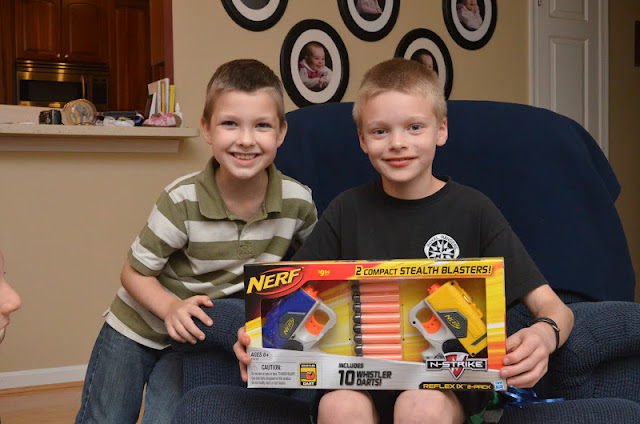 Israel and Corban - those Nerf guns are pretty fun! 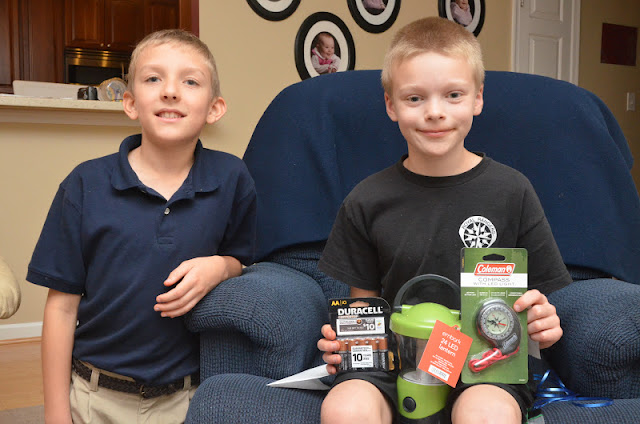 Will and Corban - and some really cool camping gear. 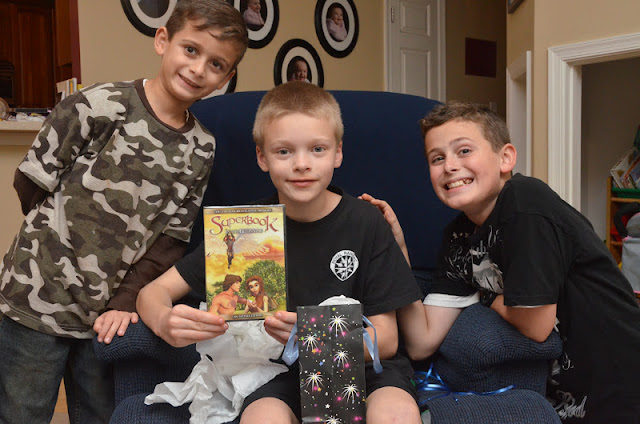 Joseph and Isaiah (brothers) with Corban - and a new Superbook video.  Awesome! 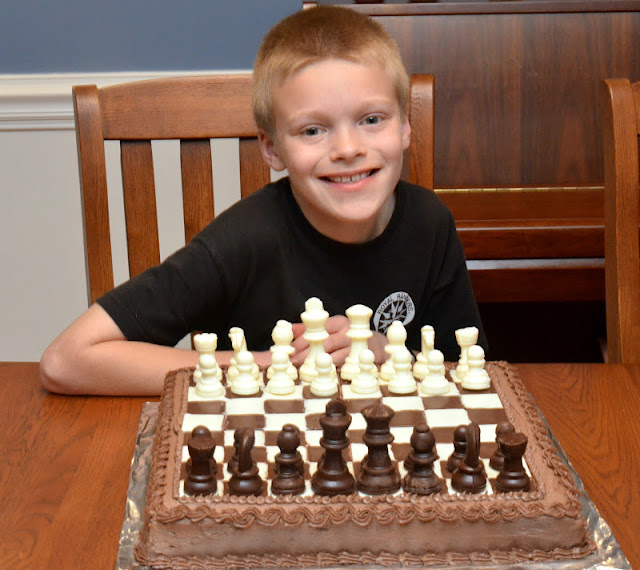 Happy 9th Birthday to our Corban!

Linked to Crazy Sweet Tuesday and Trick or Treat Tuesday
Posted by Rebekah at 5:50 PM